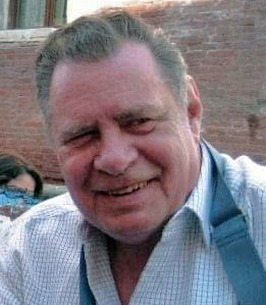 Barry G. Krause, age 81, of Schnecksville, PA passed away on Sunday, May 9, 2021 at St. Luke's Hospital in Allentown. He was the loving husband of Barbara (Hooper) Krause of over 55 years.

Born in Walnutport, PA he was the son of the late Robert K. and Ruth (Johnson) Krause.

Barry graduated from William Allen High School in 1957. He enlisted in the Marine Corps in 1958 and served four years. Following his military service Barry worked at Mack Trucks as a machinist until his retirement. Barry loved baseball and played throughout his childhood and beyond. He often spoke fondly of his days going “up the park” to Roosevelt Park in Allentown, PA where he ruled the pitcher’s mound. Many are not aware, but the St. Louis Cardinals once had a farm team in Allentown named the Allentown Cardinals. Barry once tried out for that team at the old Breadan Field. Needless to say, he was a dedicated St. Louis Cardinals fan and never missed an opportunity to watch or listen to the game live or recorded.

A celebration of his life will be held in the coming summer months. Please check back for details as they become available.